Peter Mohnen, CEO
Josef Zotter, an Austrian chocolate manufacturer, was looking for an automated technology solution to streamline process execution in the production environment. The solution had to be implemented in the company’s new facility, which was smaller than the old one. The answer to this predicament came in the form of KUKA Robotics, one of the world’s leading suppliers of intelligent automation solutions. KUKA KR AGILUS robots fit the bill. This robot picks up the mold into which the liquid chocolate is to be poured, moves to the pouring system and fills it. It then swivels the mold with extreme precision so that the chocolate is

evenly distributed inside it and places it in the refrigerator. Another robot pitches in to take out the cooled product and transports it to the output conveyor, where the finished bars are removed from the mold. KUKA’s robots enhanced speed, precision, and flexibility allowed the client to respond specifically to customer wishes and produce smaller order quantities. Not only has the robots improved the automation prowess of the client, which has increased the production output, but also enabled them to add more people to the team to place the molds in the system and remove the bars at the end.

This is just one of the numerous client success stories that KUKA has created in the industry. As a global automation company, KUKA has emerged as a supplier of intelligent automation solutions worldwide. The company provides a myriad of robots, from the basic ones to fully automated systems. The company’s solutions have been widely adopted in industries such as automotive, electronics, general industry, consumer goods, e-commerce/retail and healthcare.

Entering a New Horizon of Challenges and Opportunities

As COVID-19 continues to have a firm grip on the world, business decision makers are trying to find innovative ways to streamline plant operations. More companies are coming forward to integrate IoT into their plants for enhanced automation, setting the foundation for robotics. Companies are also looking to bring in experienced IoT specialists. From the technological point of view, issues of security and data security represent the greatest challenge, while from an organizational point of view, companies continue to struggle with the adaptation of business processes and the restructuring of the corporate organization to IoT concerns. In the backdrop of the increasing use of AI, the potential of IoT and AI in the sense of an “Artificial Intelligence of Things (AIoT)” is becoming a reality. With this advent of digital technologies in the consumer and business worlds, customer expectations on the production of goods are increasingly being influenced by the effortless comparison of offers via the Internet.

As a specialist in the field of robotic automation in production, KUKA helps its clients exceed customer expectations in terms of speed, flexibility, profitability and added value

To stay ahead of the demands, manufacturers must think beyond the basics to beat the market competition. However, shortage of skilled labor, rising wage costs and stringent health and safety requirements. Manufacturing companies thus require flexible production systems, the key to which lies in automating production.

KUKA is well-placed to cater to the problems niggling at the feet of the industry leaders, especially when it comes to AIoT and adopting robotics process automation (RPA). Kuka has a range of products and services from a single source: from the core component – the robot – to manufacturing cells, turnkey systems and networked production with the aid of cloud-based IT tools. The company’s industrial robots are developed to meet individual customer requirements. These robots form the basis for the automation of the clients’ production facility. KUKA offers industrial robots with all payload capacities, reaches, versions and variants. In addition, the company offers intelligent, process- and customer-oriented cells as necessary.

With its range of solutions, it addresses concerns related to robot applications that involve flexible and fixtureless elements in unstructured and unpredictable environments. Time and expertise are costly commodities in robotics programming in an automation project. KUKA tackles this issue with its Chorrobot concept that aims to commission single- and dual-arm robot applications by incorporating two levels of Artificial Intelligence.

At the first level, Chorrobot enables production workers to teach the required motion, forces, torques, and arms coordination to perform assembly operations, even involving flexible elements. This teaching process is intuitively performed using devices equipped with motion trackers and force/torque sensors. At the second level, Chorrobot solves conflicting constraints automatically, increasing the robot application’s reliability. By combining these levels of Artificial Intelligence, Chorrobot unveils a new era of automation, offering the possibility to automate industrial processes that were not feasible before.

Human-robot collaboration (HRC) has been a raging topic in the industrial production ecosystem. HRC solutions have been integrated into existing systems, but the resulting solutions have only rarely been technically and economically convincing. KUKA recommends that it is best to avoid imitation of the tasks of the human worker. When assigning work to the robots in a system, it should be ensured that each robot only carries out a single process where possible. By means of a clever arrangement of the individual workstations in the layout, the system can be designed in such a way that the robot takes over tasks in two or more stations and thus utilizes its full capacity once again.

As a specialist in the field of robotic automation in production, KUKA helps its clients exceed customer expectations in terms of speed, flexibility, profitability and added value. The automation solutions from KUKA have emerged as the key to flexible production. What’s more, KUKA has set itself the goal of supporting manufacturing companies in the holistic optimization of their value creation by providing comprehensive automation and digitization knowledge. 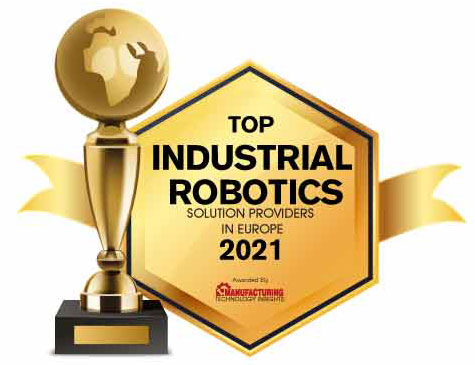 Description
Kuka’s range of products and services from a single source: from the core component – the robot – to manufacturing cells, turnkey systems and networked production with the aid of cloud-based IT tools. The company’s industrial robots are developed to meet individual customer requirements. These robots form the basis for automation of the clients’ production facility. KUKA offers industrial robots with all payload capacities, reaches, versions and variants. In addition, the company offers intelligent, process- and customer-oriented cells as necessary 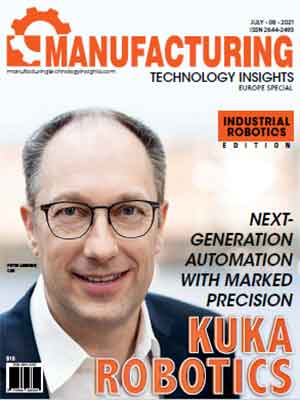